Staff training on equipment in Prishtina by UL experts

In the staff training organized within the 4th Steering Committee Meeting in Pristina, took part Kosovo partners (UP and UBT) of the DIMTV project. The training was held by Klemen Pečnik and Žana Juvan from the Faculty of Electrical Engineering of the University of Ljubljana. In this activity, the experts from the University of Ljubljana mostly explained modules of 3D Animation and Production and Post-production. This training helped the participants to understand the basics of animation with the new version of Blender (2.8 version), the new interface, new tools, modeling, lighting, and cameras.

After finishing some basic modeling in 3D then Klemen Pečnik and Žana Juvan explained rigging as part of the animation. In production and post-production, mostly the training was focused on scriptwriting, the basics of video shooting, and editing. For video editing, was used Davinci Resolve and some video components like sound, color grading, and correction. 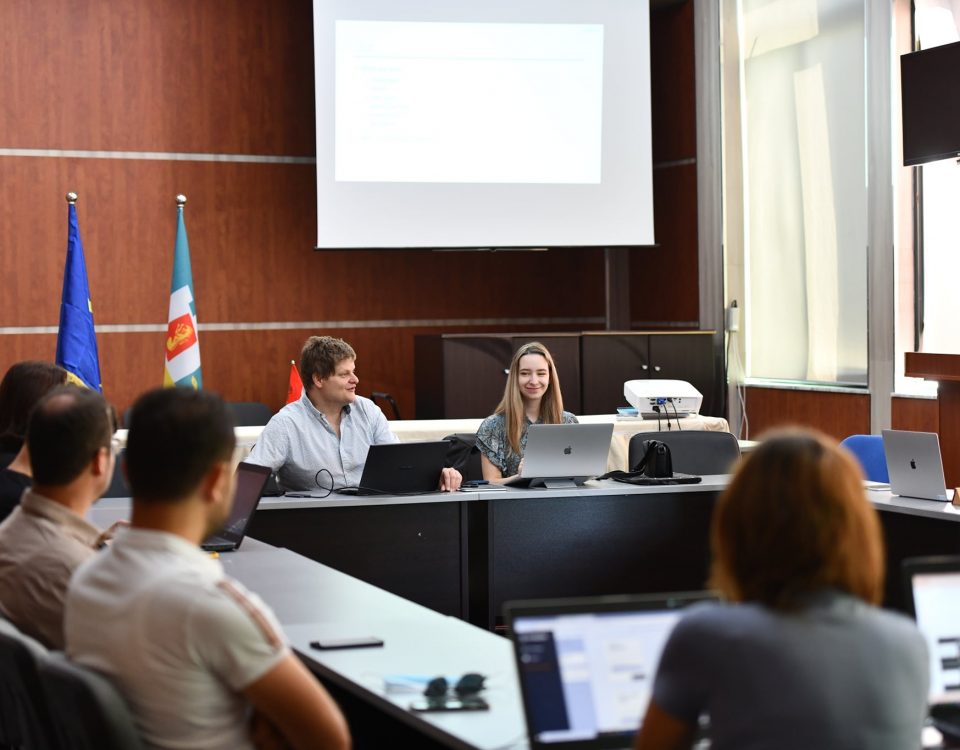